When I first heard about the Salton Sea, I honestly thought it was just a fantasy … I mean, a huge body of water in the middle of the desert, really? But no, it is as real as the air we breathe. It exists and it’s actually posing a threat to the same air we breathe.

But more of that later, first, let’s clarify one point: The Salton Sea is not a “sea”, but a huge lake accidentally formed from a deviation of the Colorado River that dried up several times throughout the millennia. In 1905 it was replenished again by a human error; engineers cut the bank of the Colorado River to further increase the water flow in the nearby agricultural fields. The resulting outflow overwhelmed the canal, and the river flowed into the Salton Basin for two years creating the sea. 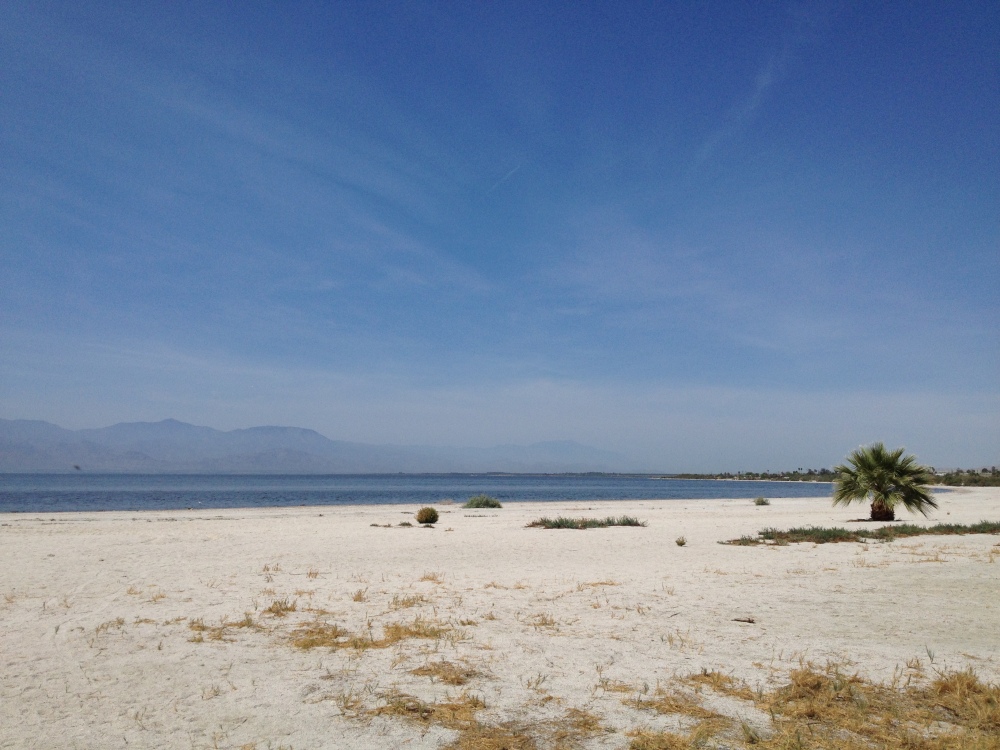 Although the Salton Sea has a higher salinity than the Pacific Ocean, it quickly became a natural habitat for fishes (tilapias, in particular) and a sanctuary for hundreds of bird species stopping here before migrating elsewhere. Only an hour away from Palm Springs, this paradise thrived in the ’50s and ’60s when it was transformed into a glamourous French Riviera with restaurants, bars, nautical clubs, and more boats that one could count. Many celebrities and families flocked to Salton Sea beach and it is said to attract more tourists than Yosemite during those years. 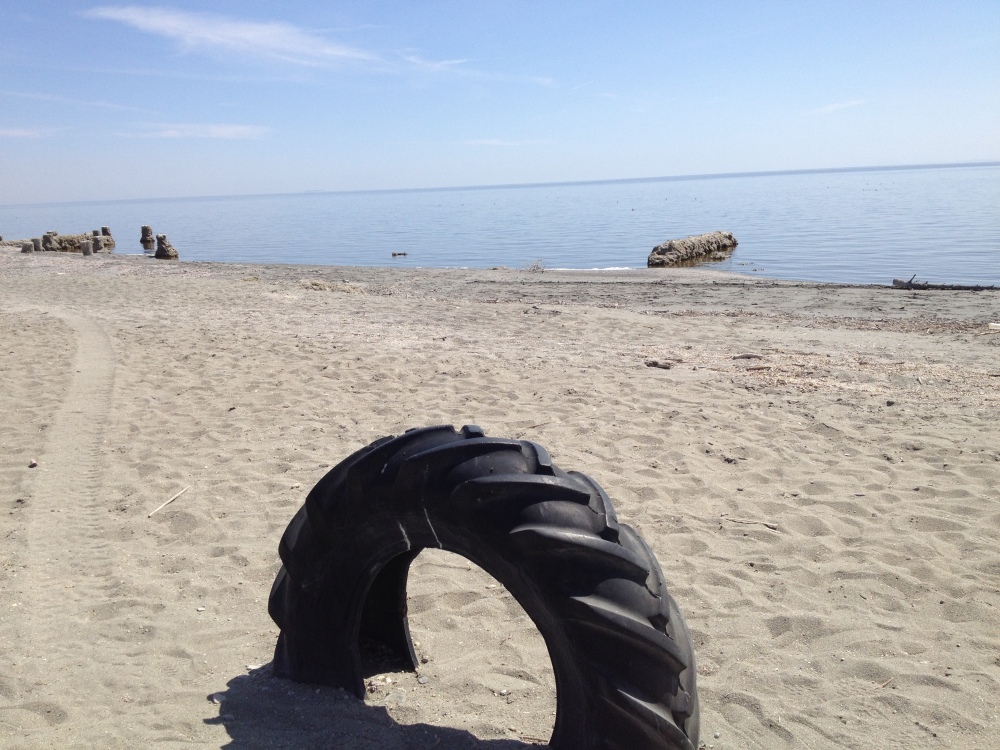 Sadly, this golden age didn’t last long, as the sea started to evaporate at an alarming speed and the salinity increased killing many fish species and causing a huge environmental problem that is still waiting for a solution. So, gone were the tourists and gone were the lively businesses that made this area a vibrant holiday destination. All is left now are the carcasses of that life past seen especially at Bombay Beach, a surreal place with dozens of abandoned homes and random objects spread on its shores and mostly reclaimed by nature.

On any sunny day, if you stare at the sea from the north shore, you would never know that there’s a problem as the cobalt blue water crashes on what seems to be a pristine beach. This is just an optical illusion, the white sand is actually made of layers of barnacles and bones from the millions of fish that have expired in mass die-offs over the years. The huge blue body of water against the beautiful mountains is a reflection of the desert sky.

This is the largest lake in California and all is left is the promise of what it was going to be and the potential of what it could become. Is it worth a visit? Yes, because you will never find a place like this, reminding us that also life itself is an illusion. #savethesaltonsea